Happy HALLOWEEN WEEK you guys!!! So excited to finally reveal our family Halloween costume this year. Getting everyone organized with a themed costume and assembling all the pieces is a little nutso, but it all seems worth it when my kids are smiling ear to ear getting all dressed up. This year we went with one of our family favorite Disney themes, TOY STORY. 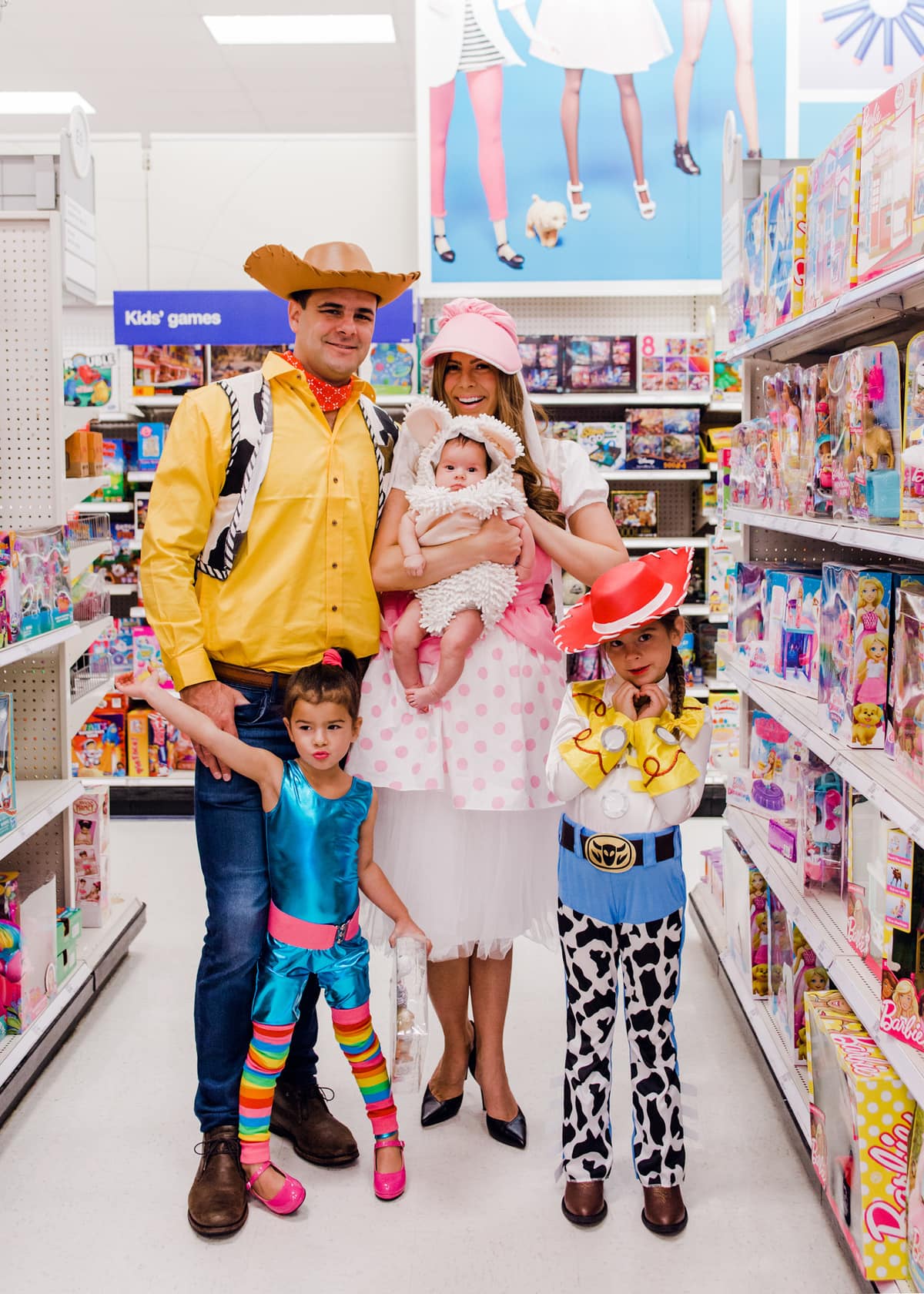 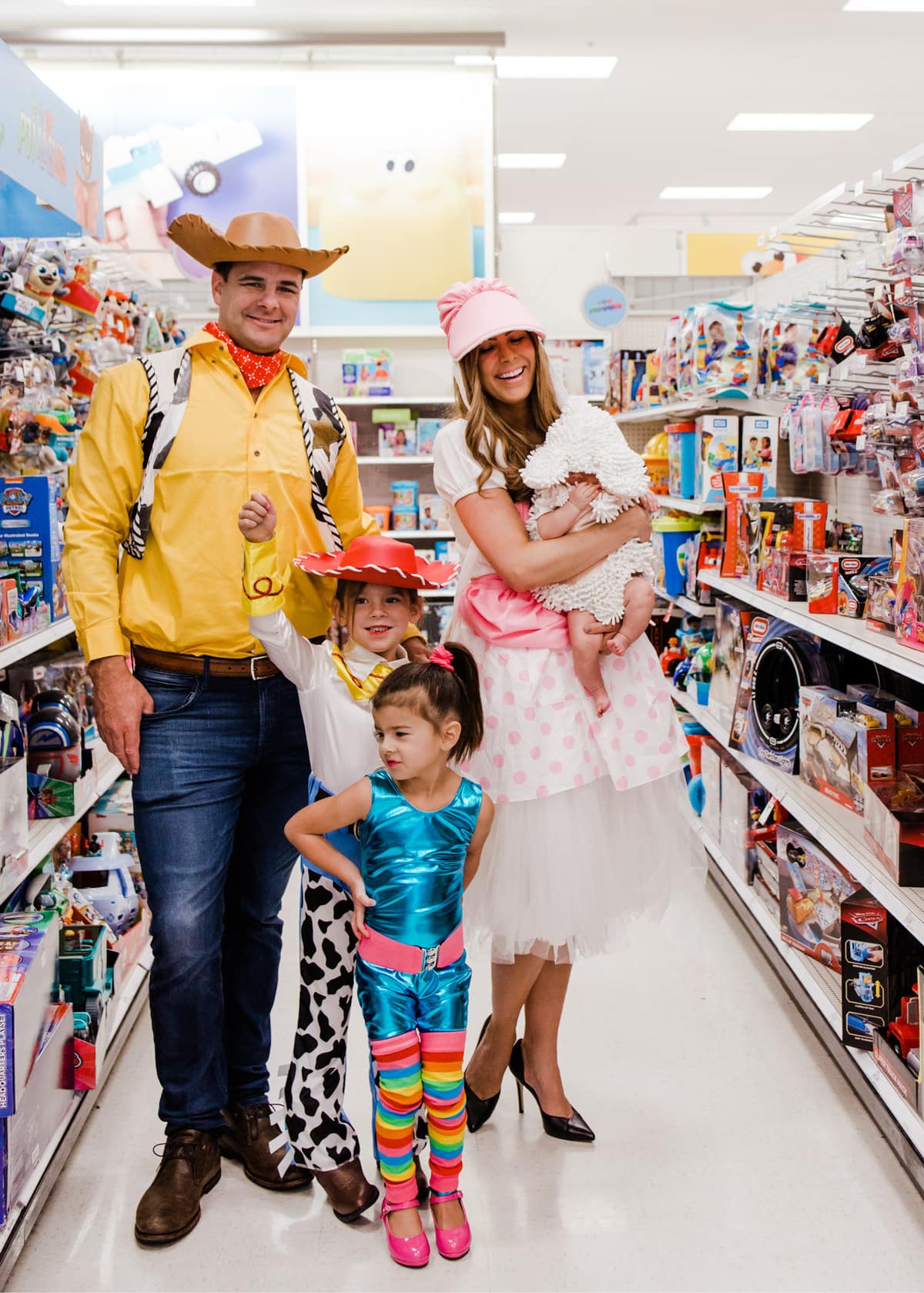 I've gotten a few questions about how I get everyone on board with the same theme, so I wanted to tell you all about how we pick our outfits each year. I usually start by gathering a couple ideas that would be doable, like Alice in Wonderland or Wizard of Oz or Toy Story (all ones we've done in the past now!). Then I show them a bunch of pictures of which characters from those themes that they could choose, and there's usually a HEATED debate between the littlest people in this house about what would be best, but once they've battled it out they somehow agree on a theme. From there I let the girls pick which characters they want to be and I build the rest of our family from there. 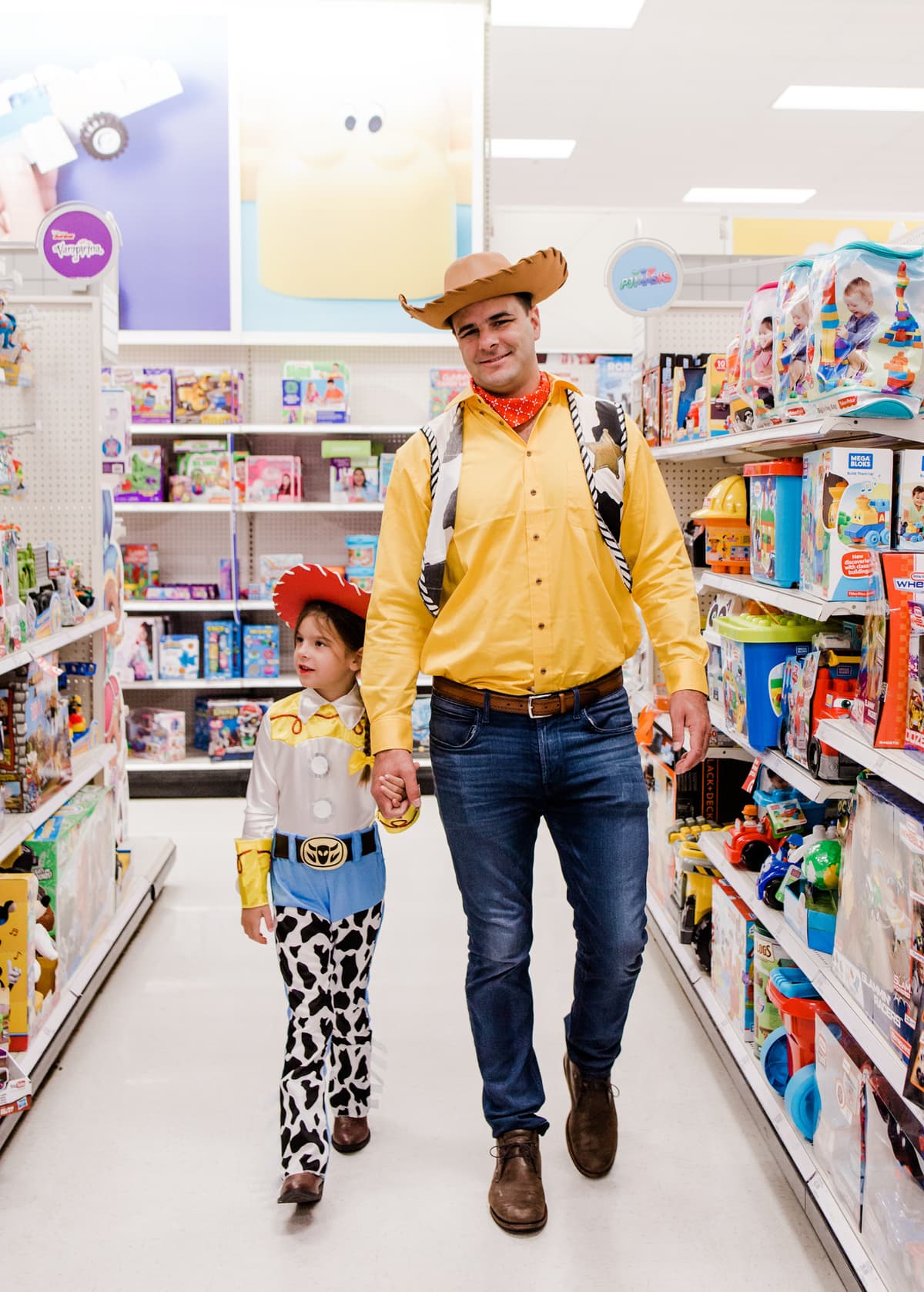 Ani loved dressing up as Jessie and posing with Neil as Woody. They're the sweetest pair! And real-life besties so this was pretty much perfect seeing the two of the twin.

Lyla was such a sassy workout Barbie. She brought some seriously sweet moves to this costume, and as our little resident Barbie and all things girly fan, this costume matched her personality perfectly. 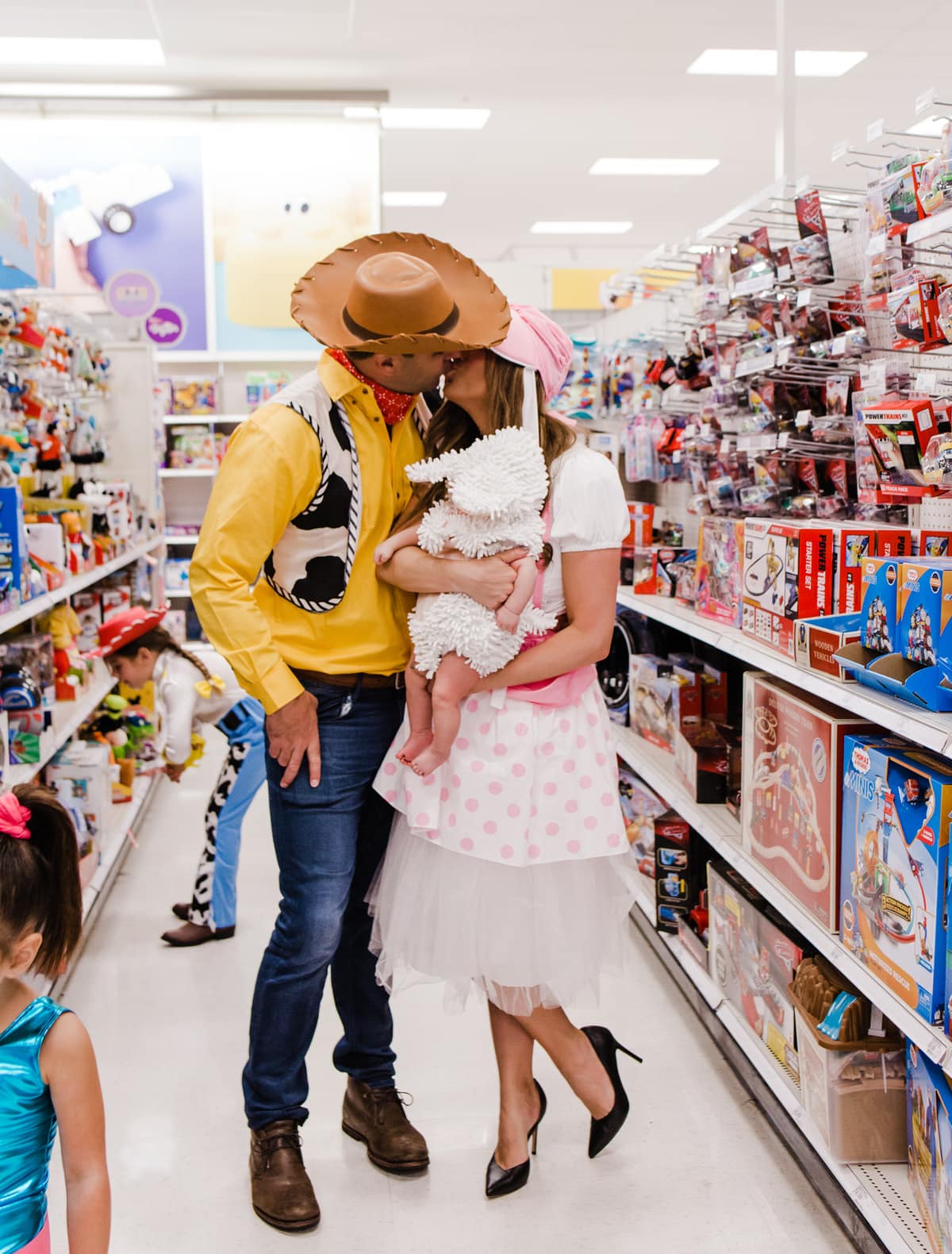 Millie's costume was the easiest! Bo Peep and her sheep I mean come on! Isn't she the cutest little fuzzy lamb you've ever seen?! I cannot get enough of her in this adorable costume. 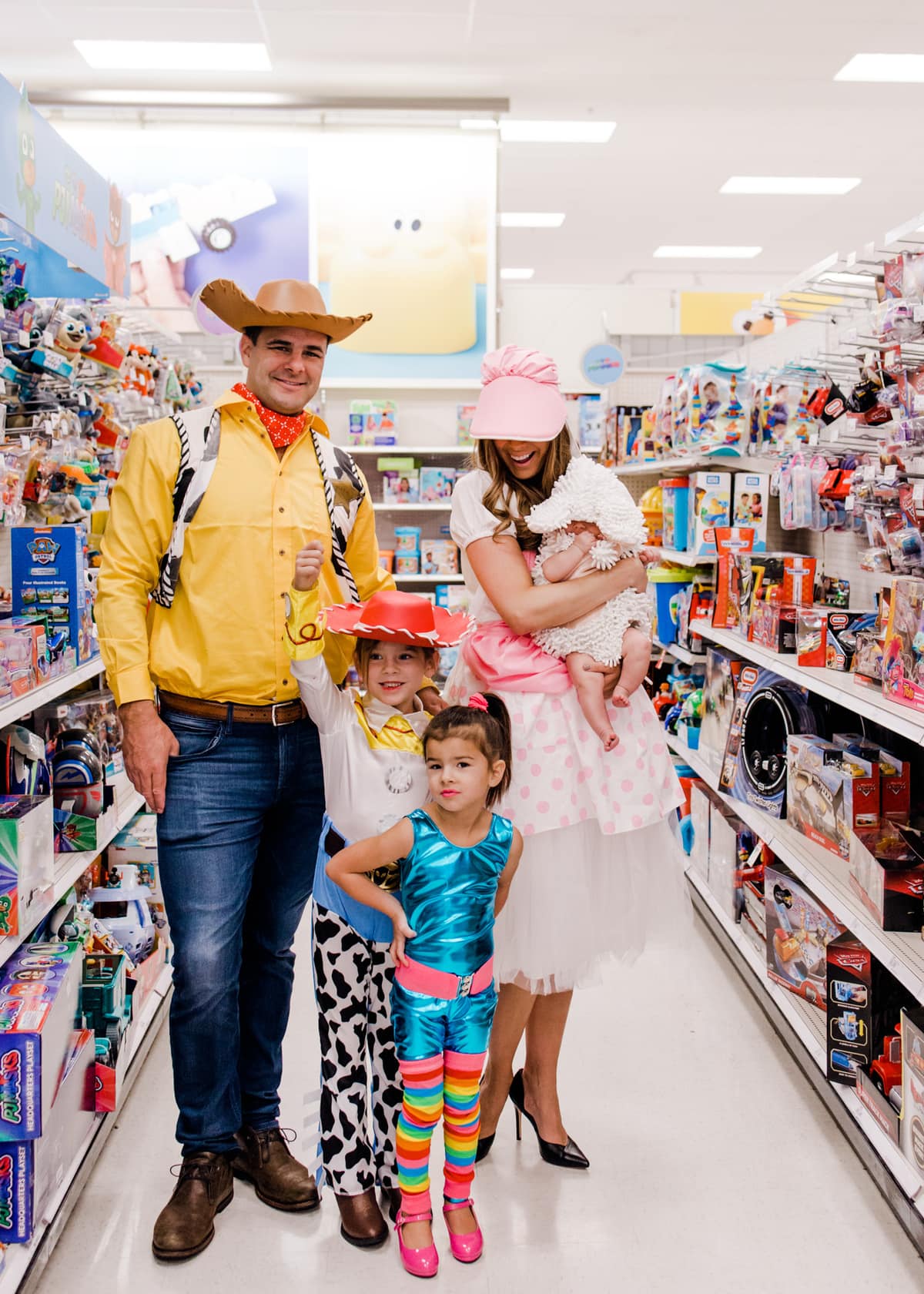 What are you guys dressing up as for Halloween this year?! 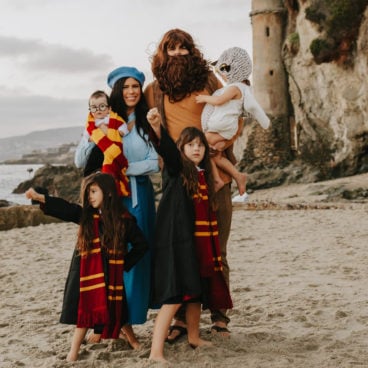 The best Halloween costumes that ship right to your doorstep 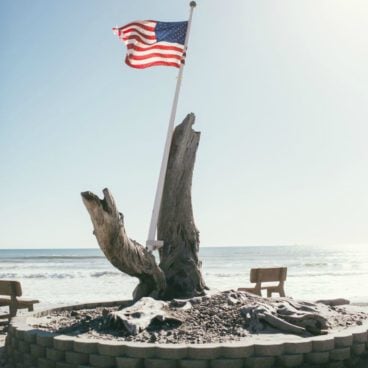 All the BEST Labor Day sales in one place! 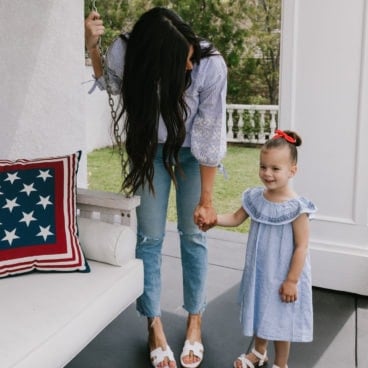