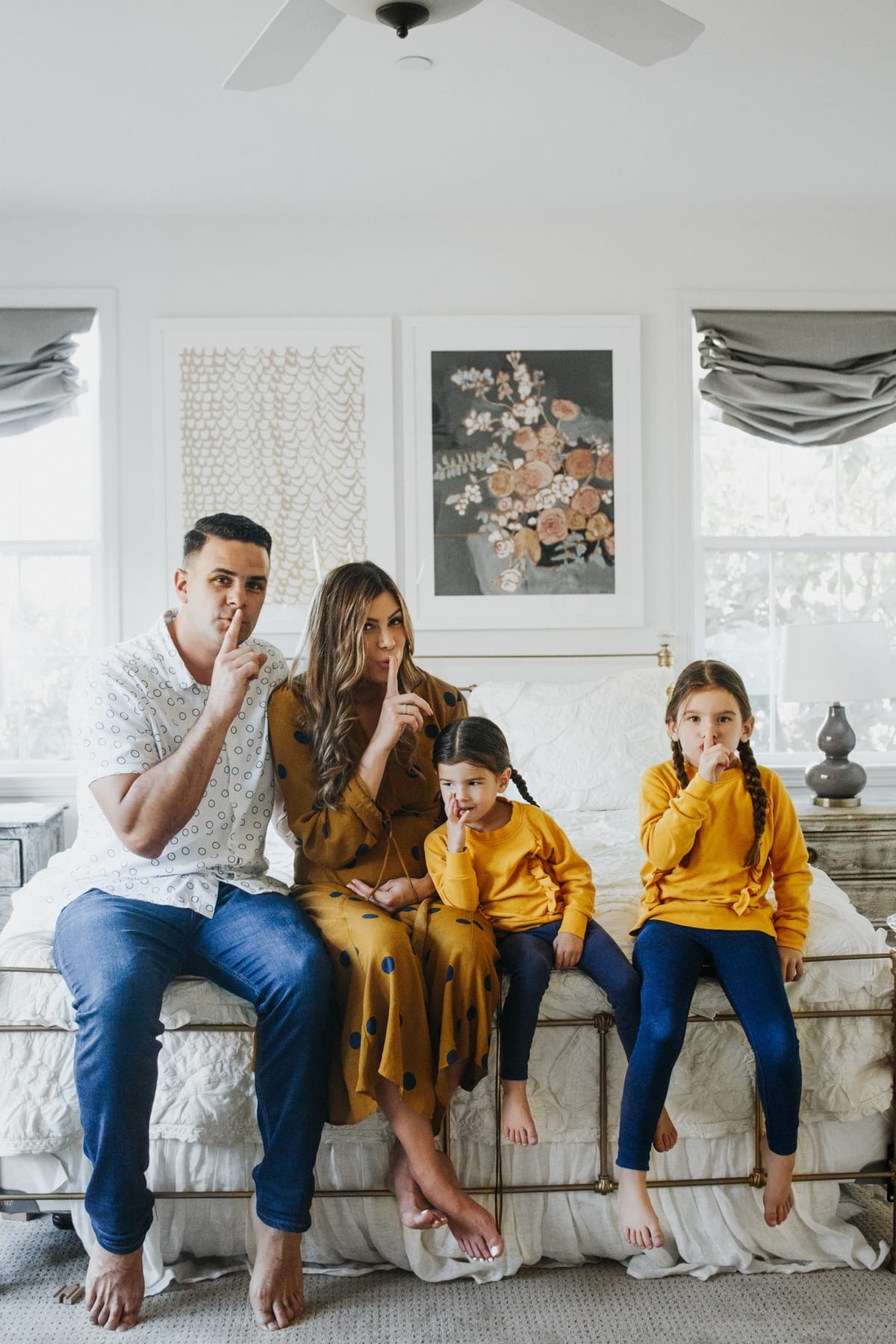 It's finally time to spill the beans. We've kept it a secret as long as I possibly could, but it's time to come out with the news and I couldn't be more excited to share!!!

We told our girls and recorded it in this funny little video below.

I'm due at the end of July, and according to my LMP and calculated due date, I'm 11 weeks pregnant, but measuring at 12 weeks at this point! I'm measuring 6 days ahead though, and my doctor said I would have to measure 7+ days ahead technically to change my due date, so I'm somewhere between 11 and 12 weeks pregnant today.

It took us about 6 months to get pregnant with this baby – about the same amount of time as Lyla. I wish I could say I did something really cute or fun or creative to tell Neil, but every time I just get too excited and end up blurting it out within like an hour of finding out! He really is my best friend and I just can't keep anything from him.

We did however keep it a secret for a WHILE from the girls – until last week actually! I just knew Anabelle would end up telling everyone at school and church and the grocery store haha, so we tried to wait as long as possible. But she definitely knew something was up! She asked me a couple of times, “mom, is there a baby in your belly?” And when I said “why do you ask?” She would say something like “because it looks like it.” Haha. Kids! They're so much more observant than I realize sometimes. 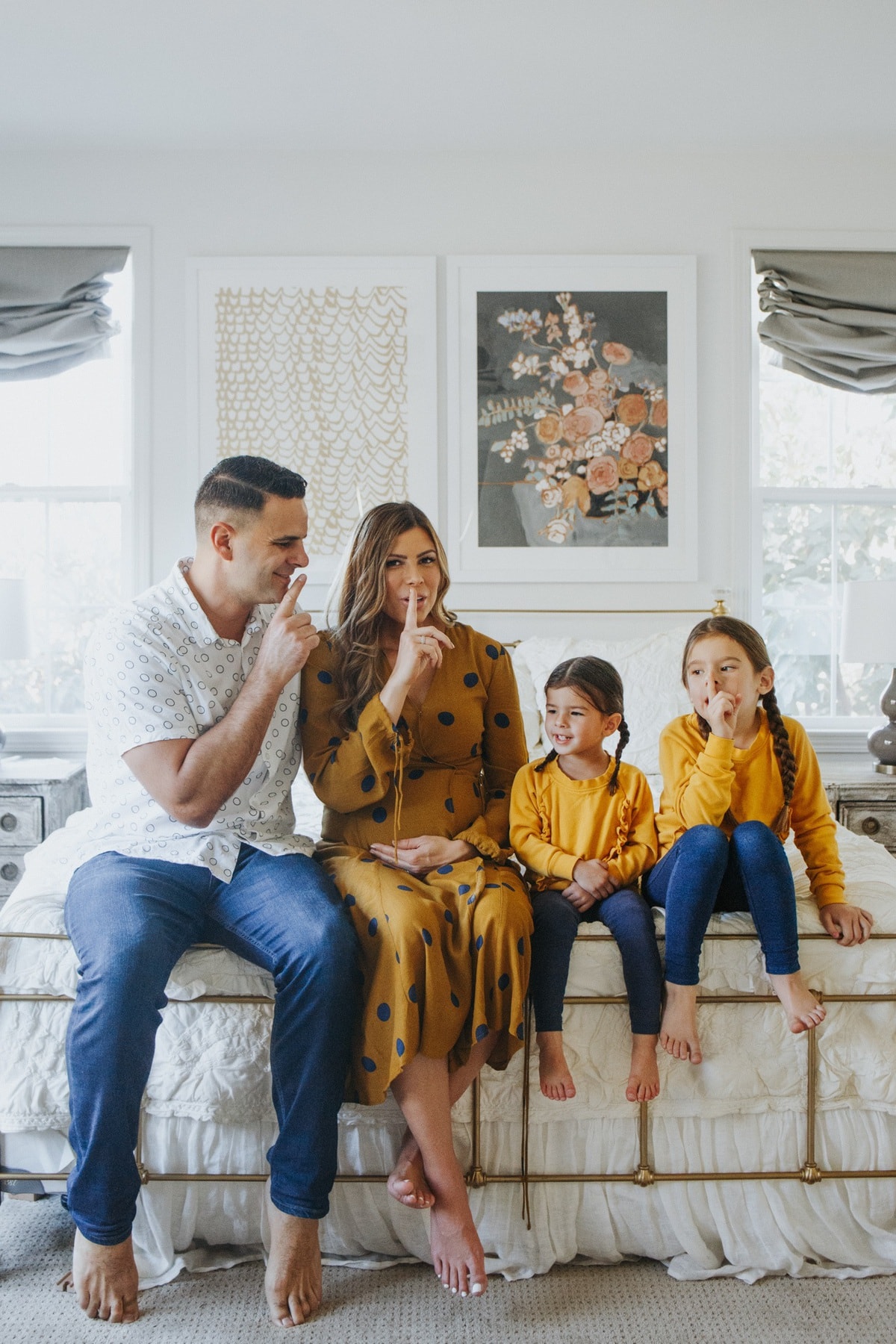 Lyla was so funny when we filmed that video and told the girls. I had this wrap dress on and immediately when we told her, she wanted to look under the dress to see the baby! She kept saying “I wanna see!” We had to cut that part of the video since I was basically flashing my undies to everyone but we got a good laugh out of it.

Also, as you prob saw in the video, the girls want another sister, and they have decided she should be named Minnie Mouse hahaha.

We'll find out probably next week what I'm having! I haven't decided yet if I'm up for the planning and prep of a gender reveal party, but we've never done one so that could be fun! 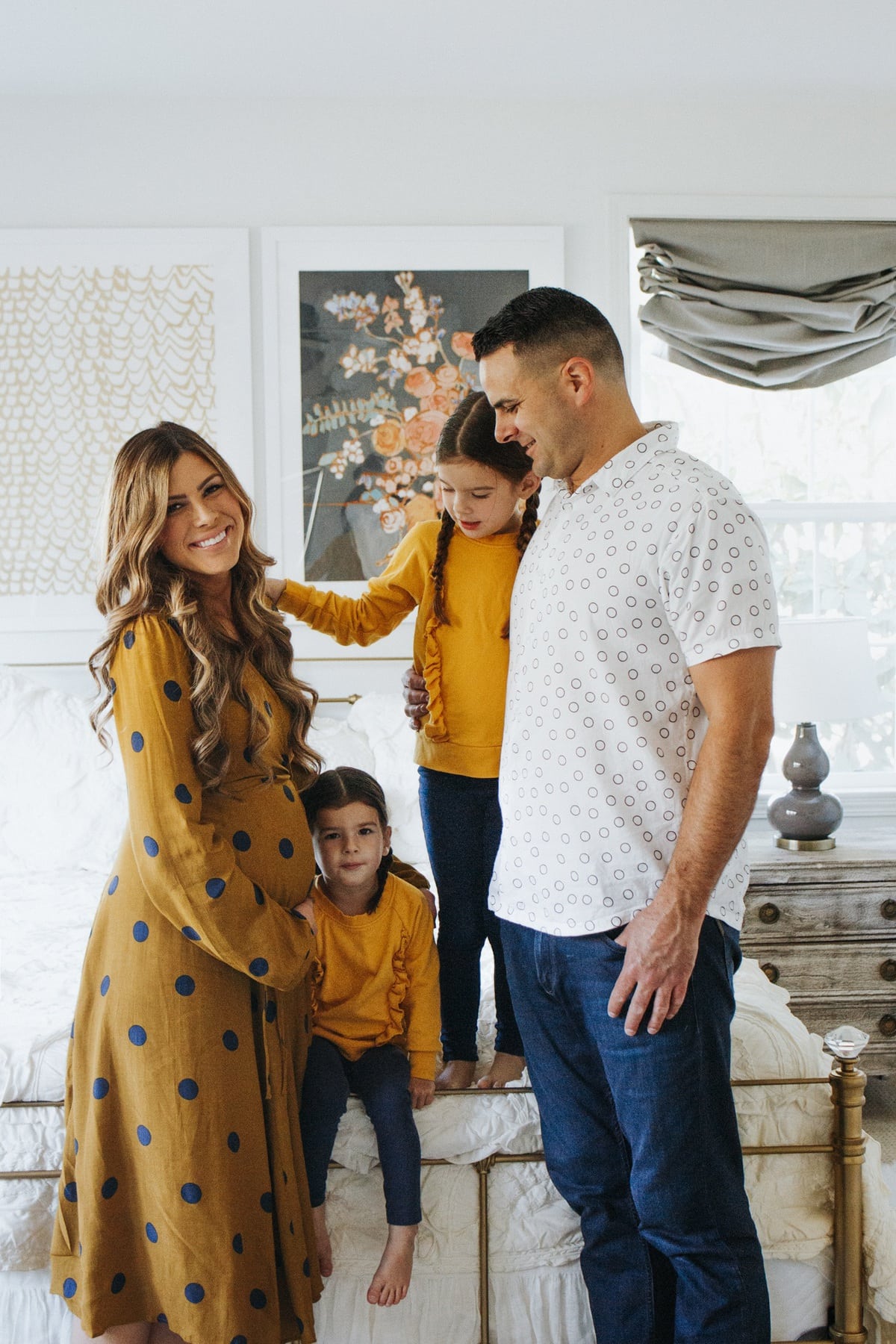 I've been more sick with this baby than I ever was with my two girls, although with both girls I had nausea through my entire pregnancy. For that reason I think we might be having a boy?! Also my parents had two girls and two boys, and my dad came from two girls and two boys, and my mom came from a family of a girl and then a boy, so it kind of would follow that pattern? Ha. But really, who knows.

I would be thrilled to have 3 girls! I LOVE being a girl mom. But I know Neil would love having a boy and I've heard mama's boys are the cutest, so honestly we are all happy with anything. But if we do have a boy, he might get dressed up as Minnie Mouse anyway by his older sisters ha. 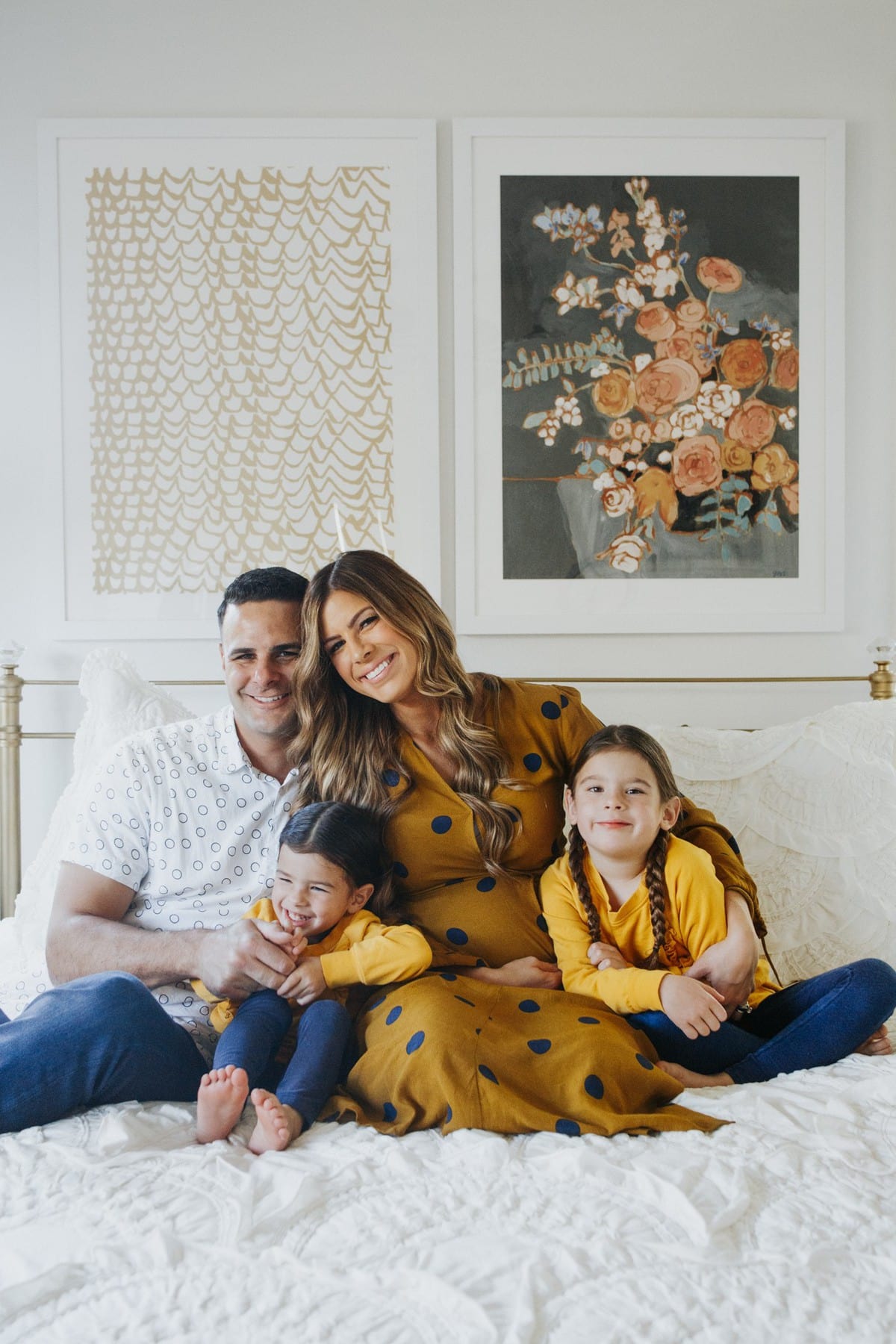 On Friday I'll be sharing all my fave first trimester things that have helped me get through the beginning of pregnancy, so be on the lookout for that! And tomorrow I'm going to talk about my fitness throughout this pregnancy so far and what I'm doing differently than my last two pregnancies.

Thanks so much for your love and support! We are super grateful to have such a positive community here and are so excited to finally share this happy news with you.

Long-Sleeve Wrap Midi Dress
Girls sweaters are sold out (sorry!!) but originally from Hanna Andersson
Neil's shirt is sold out too, similar for 40% off
Master bedroom details
Photos and video by Arielle Levy 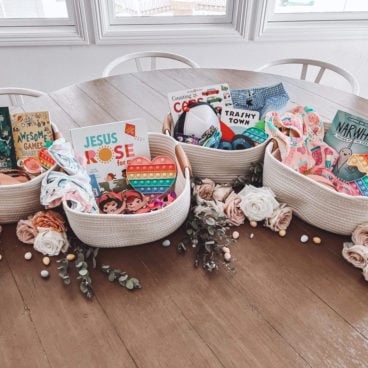