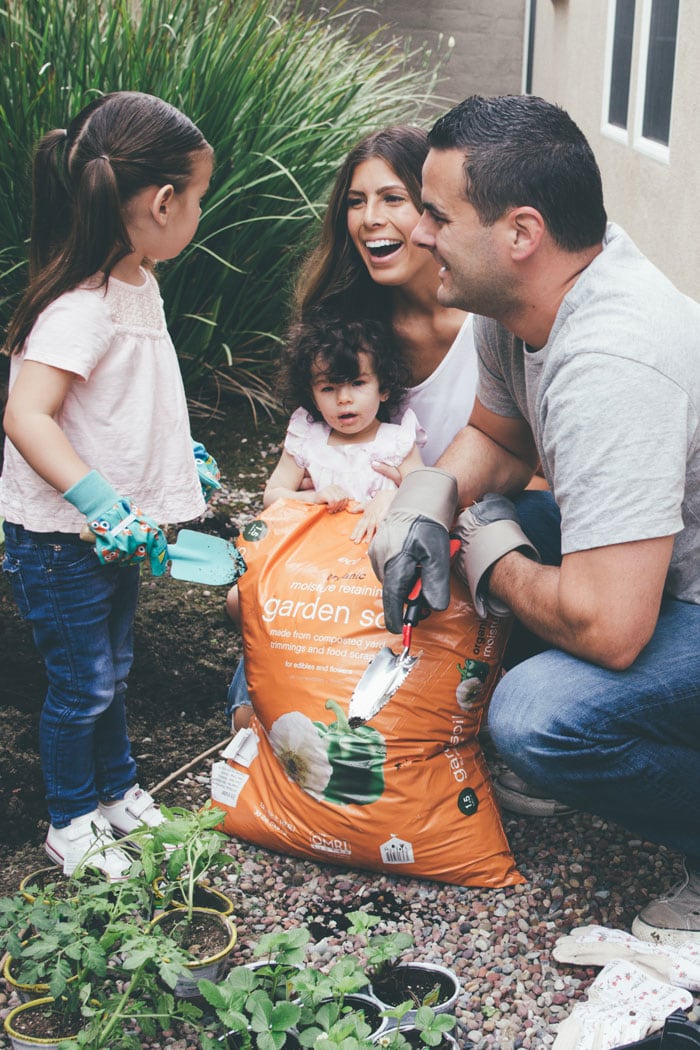 You guys have been asking for more mom tips so today I'm sharing how we grew a thriving vegetable garden with our kids in a drought! My mom has been telling me for like ever and ever that we should plant some type of little garden with our kiddos but a few things have been holding me back: 1) fear of failing and killing everything, 2) almost certainty that we would fail because we're so strictly limited on how much we can water here, 3) I have killed every living thing I've ever tried to grow except my children (HA) and 4) honestly – laziness. Ha. But after hearing several friends rave about their success of using Ecoscraps soil, and knowing a little about the GOOD they do, when Ecoscraps approached us to partner on this post I thought, “well what the heck, let's give it a try!”

You guys. We planted a little vegetable garden and IT LIVES! It's thriving. I know, I'm in shock. I am not exaggerating when I say I've killed every living plant I've tried to grow on my own. 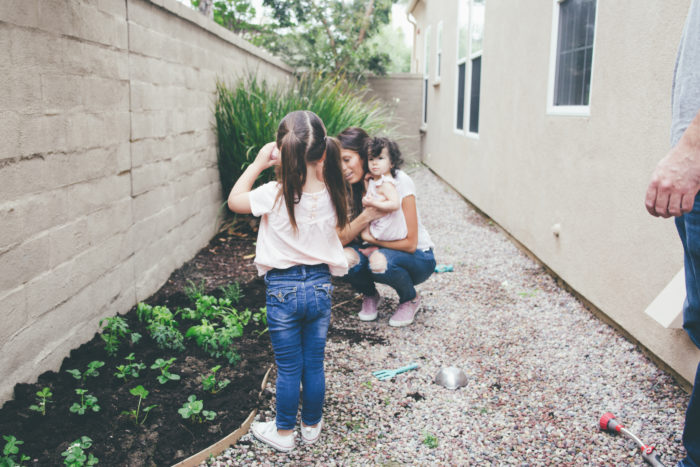 It's thriving in a drought! A drought where we obediently only water a small amount each day.

And here's the REALLY cool part about Ecoscraps. They're a company committed to taking food waste and repurposing it into compost soil for us to create thriving little gardens! For people like me! With black thumbs!! 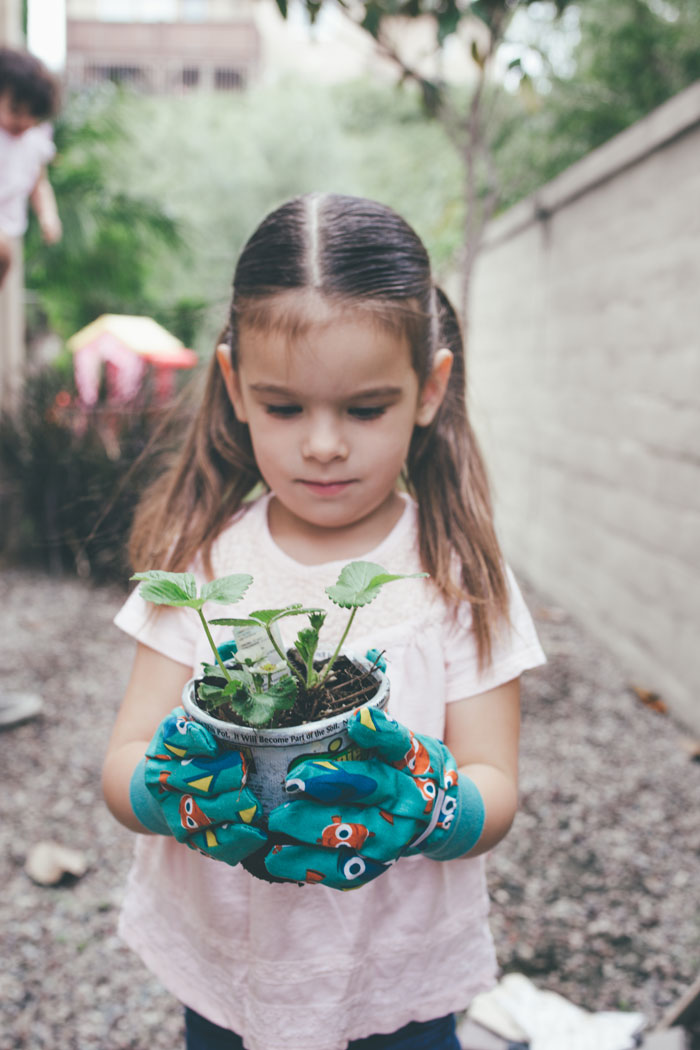 In the United States we're wasting 40% of the food produced. That's so terrible! Enough to fill the Rose Bowl every single day. Ecoscraps takes millions of pounds of food waste and recycles it into magical soil that makes someone like me with zero talent at gardening a successful gardener. I mean I cannot believe I'm typing the word MYSELF with SUCCESSFUL GARDENER in the same sentence. I might as well say I'm good at playing football now too or something, that's literally how far-fetched I thought gardening successfully was for me.

Growing up my mom told us kids if the garbage man caught us throwing recyclable products (like pop cans) in the garbage can, he'd take us to jail haha. Needless to say, I've always been very diligent and passionate about recycling thanks to my mom. 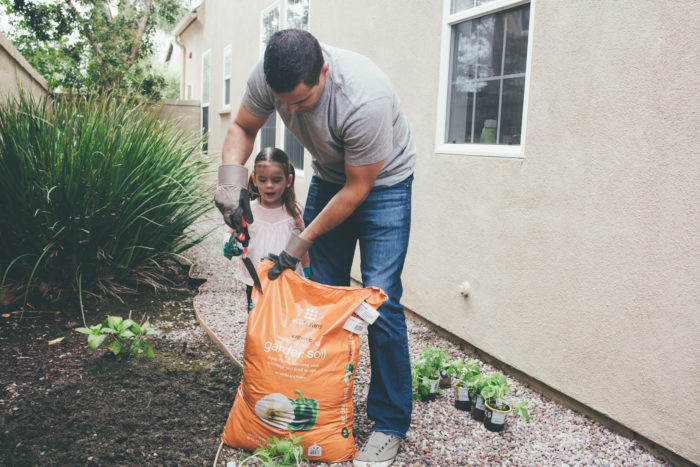 And I know for a fact it's the Ecoscraps soil. Because right next to our new little thriving vegetable garden infused with Ecoscraps soil, we have that once-beautiful hydrangea plant that you can see in the photos that keeps trying to grow and keeps dying. Over and over. Because the soil is just too dry. It's like clay.

Here's what we planted, what we used, and how we used it:

First we tilled the earth, meaning we (mostly Neil) dug up all the old dirt!

Lyla and I were super helpful, laying out the plants in the meantime to see where we might plant them. 😉 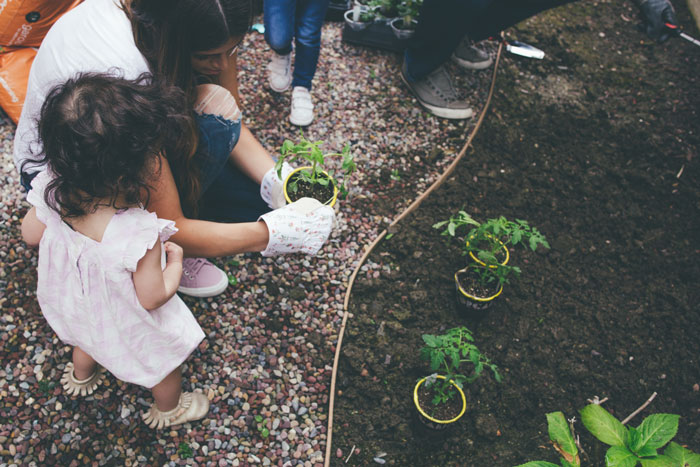 Then Neil spread the two bags of Ecoscraps Natural and Organic Moist Garden Soil all over the tilled soil. I was very good at directing, as you can see. 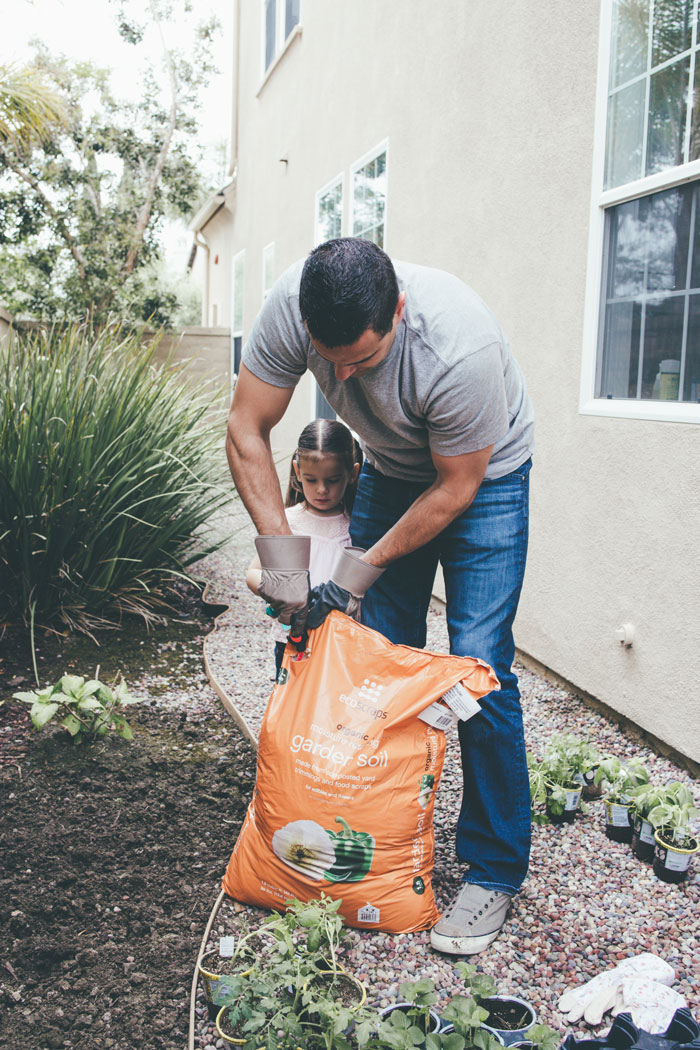 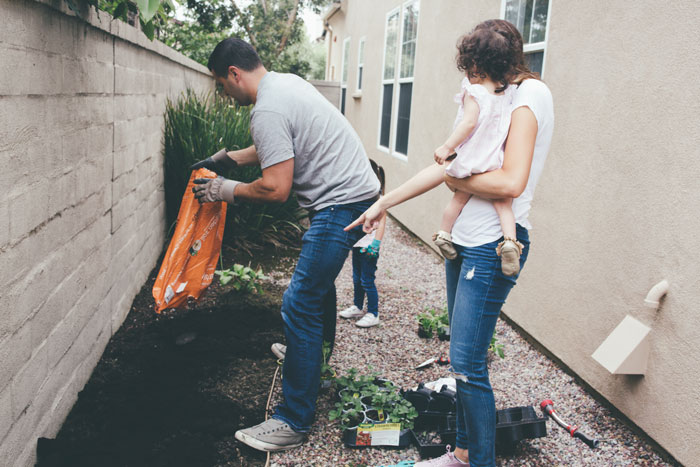 Then we laid all the plants out, grouped into type. Strawberries, cherry tomatoes, heirloom tomatoes, basil, rosemary and flatleaf parsley. Ani and I got to work planting each vegetable. It was actually REALLY fun to get in the dirt and dig around with her! We had to trade off with Lyla because she just wanted to stick the dirt in her mouth (GROSS). 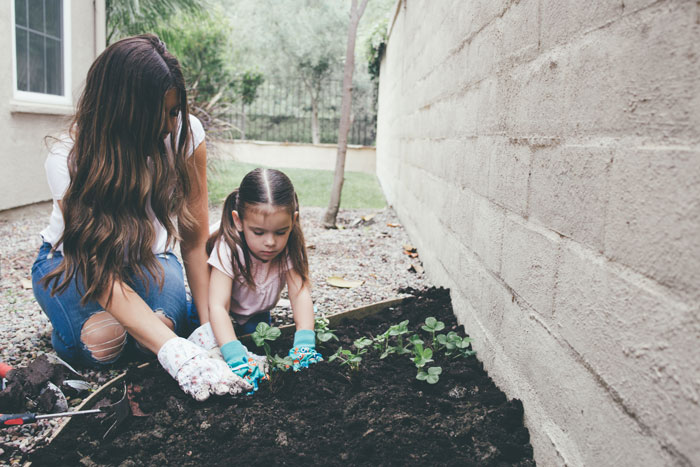 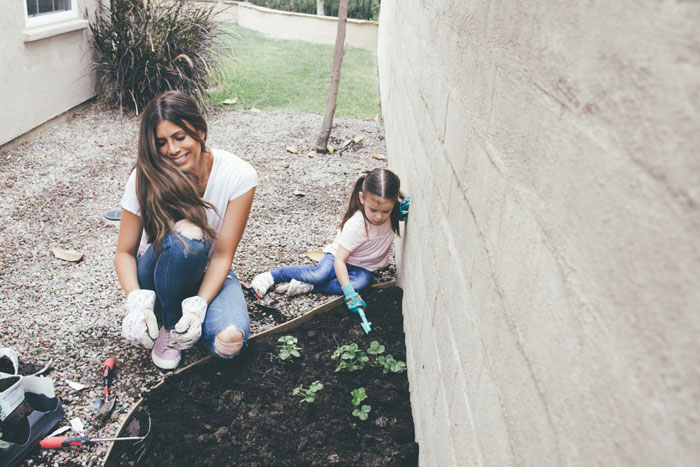 And that's it! We've had our sprinklers set on the low, recommended setting for our area, and everything is still beautiful and green and growing. I'm getting addicted to sending Ani and Neil out to the vegetable garden every night to grab fresh basil or parsley for dinner, and I can't wait until those little tomatoes and strawberries start sprouting! 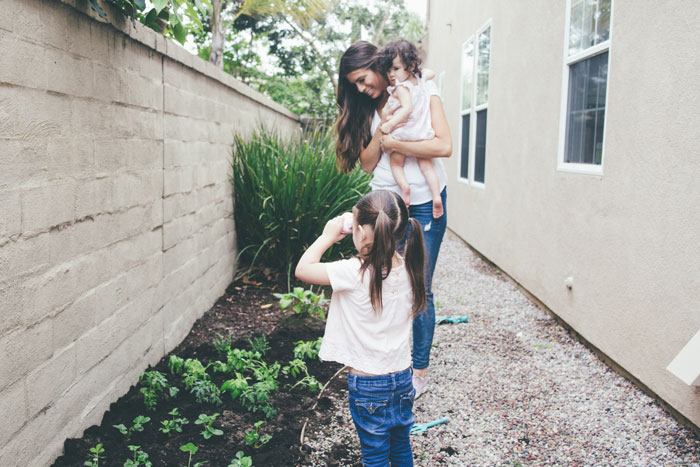 I just love when a good cause meets something that works incredibly well. Trust me, if I can make a garden grow, ANYONE can! With the help of Ecoscraps, of course. If you don't use them and their magical compost soil, no promises.

Ecoscraps compost soil is totally affordable at about $6 for a gigantic bag and you can pick it up at your local Walmart! And yes, that's my little Ani and Neil's arm cut off in the cover photo on Walmart's site. When Neil saw this he had a Mike Wazowski moment and exclaimed, “I was on TV!!!” You have to see Monster's Inc. to understand haha. 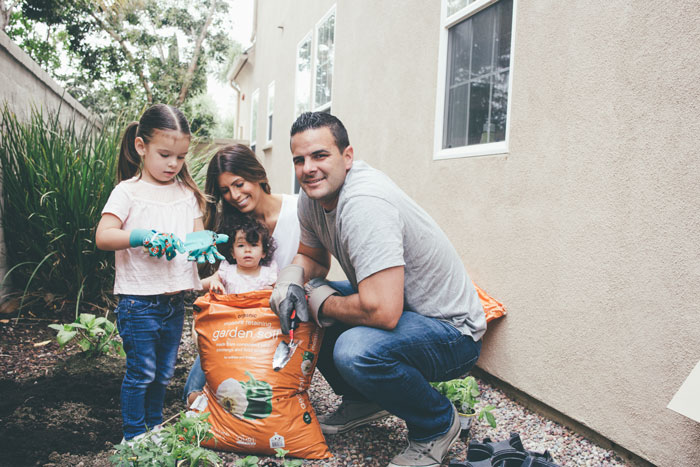 Thanks so much Ecoscraps for taking a chance on my terrible black thumb and partnering with me on this post to give our family an excuse to finally get our backyard garden growing!

All photos by Arielle Levy Photo 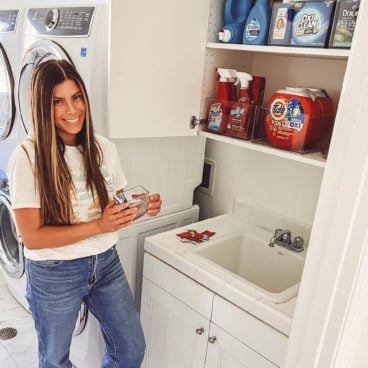 TODAY ONLY! KitchenAid Mixer 33% OFF + my fave recipes 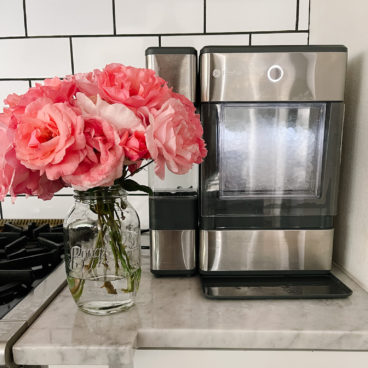