The very BEST and least expensive deal on the KitchenAid Stand Mixer is here from Kohl's for $199.99 plus $60 Kohl's Cash.

Amazon also included a KitchenAid Stand Mixer from the Artisan Design Series in their Black Friday Lightning Deals. It's just $239.99 (48% off) and there are three gorgeous colors to choose from, but it WILL sell out.

Kohl's has a Black Friday Deal on the Artisan series as well for $279.99 plus $75 Kohl's Cash. If you're a Kohl's shopper that is an amazing deal!

JCPenney's Black Friday price on the Artisan Series is also $279.99, but has the MOST colors to choose from (34!!) and you have the option for free same-day pickup!

If you've been waiting for a deal on the KitchenAid Pro we found a deal on that too! I've had mine for YEARS and it's held up like a champ. This is also the model that both my ultimate cooking crushes own so you know it's good! If you like to bake bread or do a ton of cooking this mixer is totally worth the extra pennies.

Why I love KitchenAid Mixer?

I'm a total die-hard loyal fan of the KitchenAid Stand Mixer. My two favorite chefs, my mom and celebrity chef Ina Garten from Barefoot Contessa both use white KitchenAid mixers.

I also found some good deals on a bunch of fun KitchenAid accessories! The spiralizer attachment is one of my favorites! It peels, it cores, it slices, it spiralizes. It’s basically a kitchen ninja. I bought this for my mom for her birthday one year and paid about $100 for it, but right now it’s $70 here. It is AMAZING. You might have seen it in action a few years ago on Thanksgiving when we made a Cranberry Apple Pie on FB Live. If you missed it you can still see it here.

These deals are likely to sell out quickly so get your KitchenAid now if you’ve been wanting one!! 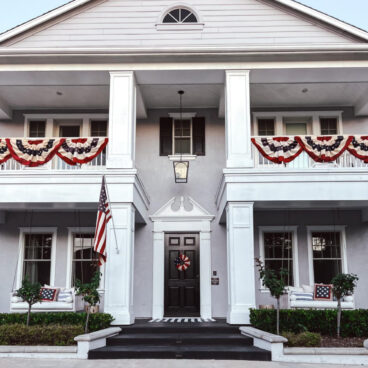 4th of July decorations you’ll be obsessed with every summer!