on monday i posted this photo on my instagram with this caption:


source
“exactly a year ago, i was wishing i had a blog and a ticket to alt summit. i watched my instagram feed fill up with photos of other bloggers being inspired and growing and learning, and i had a choice: be sad or be determined. i chose to be determined. i made three goals: start my blog, get to alt summit, and grow to 10k instagram followers. i completed all of those 3 goals last week, but i never would have if i had chosen to be sad and feel sorry for myself for missing out last year.
if you're wishing you could be something today or do something different with your life, today is the best day to start! you are the only person holding yourself back. if you want to start a blog, start a business, lose weight, get out of debt, get a promotion, improve your relationships, whatever it is, make your goals and start today. it's never too late to become whatever you really want to be.”

it was part of my #meaningfulmondays series that i post about on instagram every monday, and wow did it elicit an emotional response. i received over 100 comments from people who said it was just what they needed to hear, and SO many people who said they have been wanting to start a blog.

i decided after all the responses from that gram that i'd not only share my outfits from alt (which was the plan all along) but also share some of the highlights of what i learned there. some of these things may be straight from my notes in class, but some are also from the priceless conversations i had with other bloggers who were willing to share their knowledge with me one-on-one, or the lessons i learned from my first year at alt summit and what i'd do differently the next time i attend a blogger's conference.

but first thing's first: what i wore. i loved LOVED this dress and was so glad (as usual) that i took a chance and bought it online from asos. they just never disappoint! the kimono sleeves were my favorite part of this dress. this hobo bag went perfectly with my navy dress and the shoes? i can never say no to a shoe with a bow. 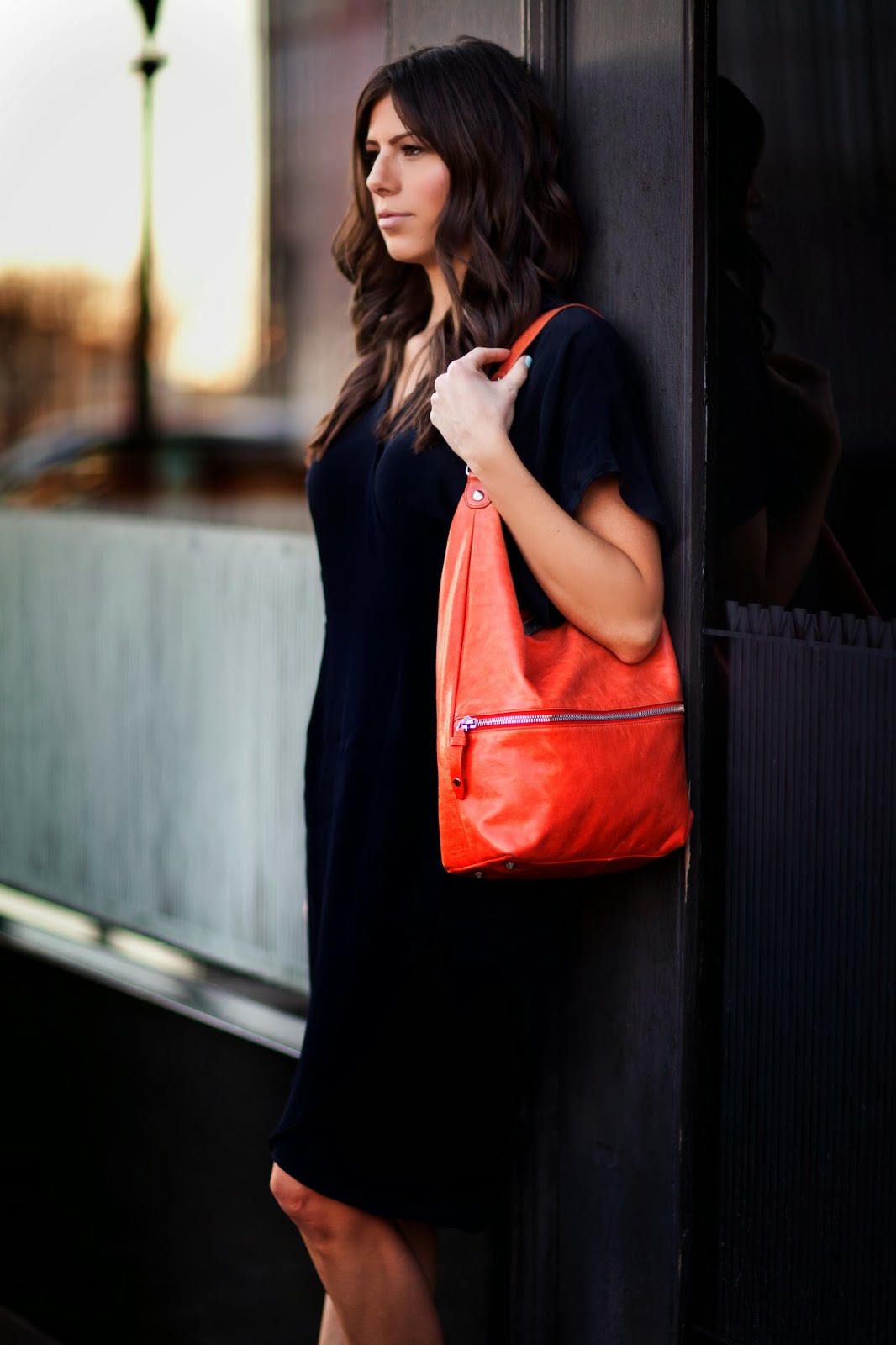 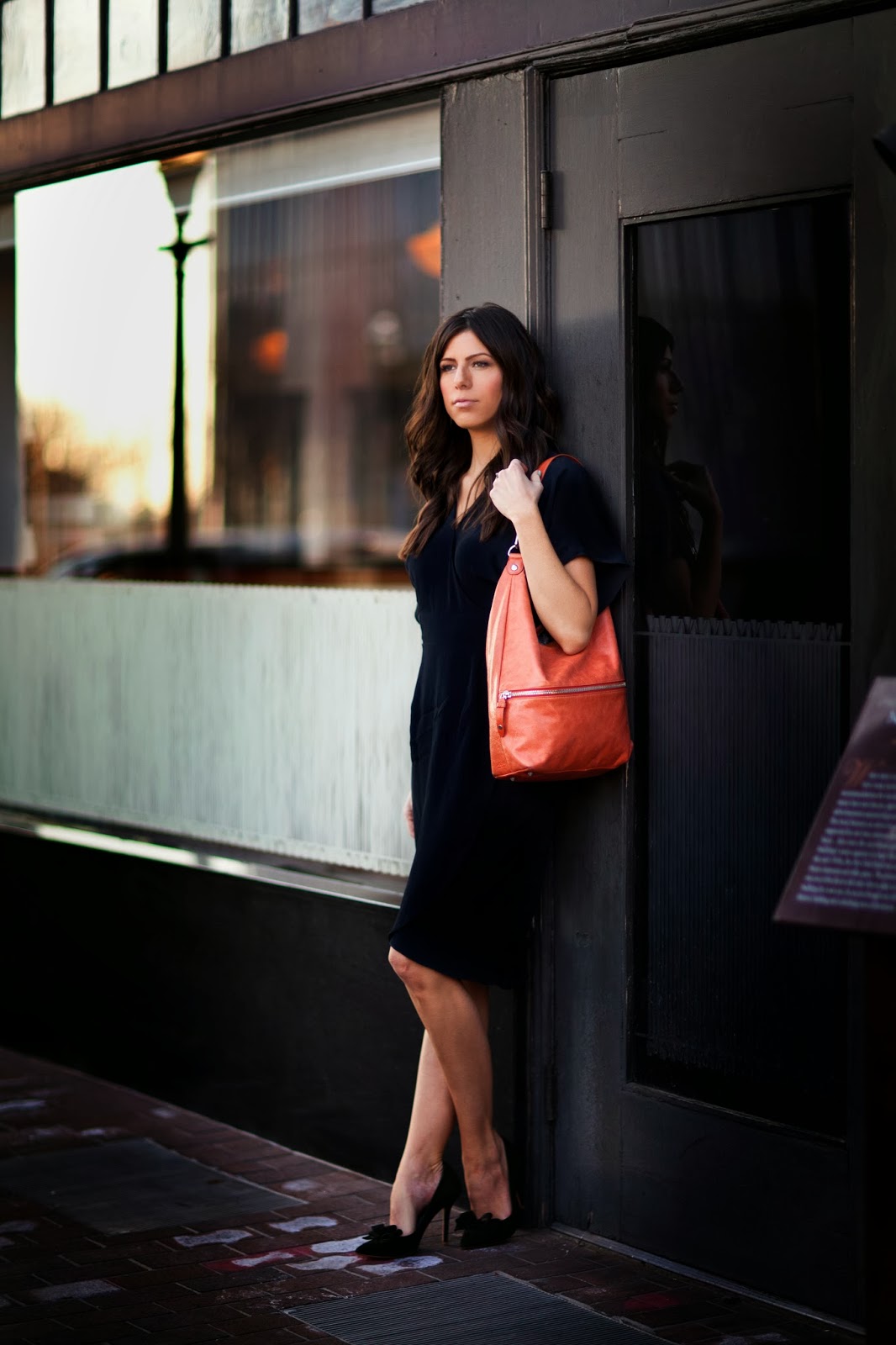 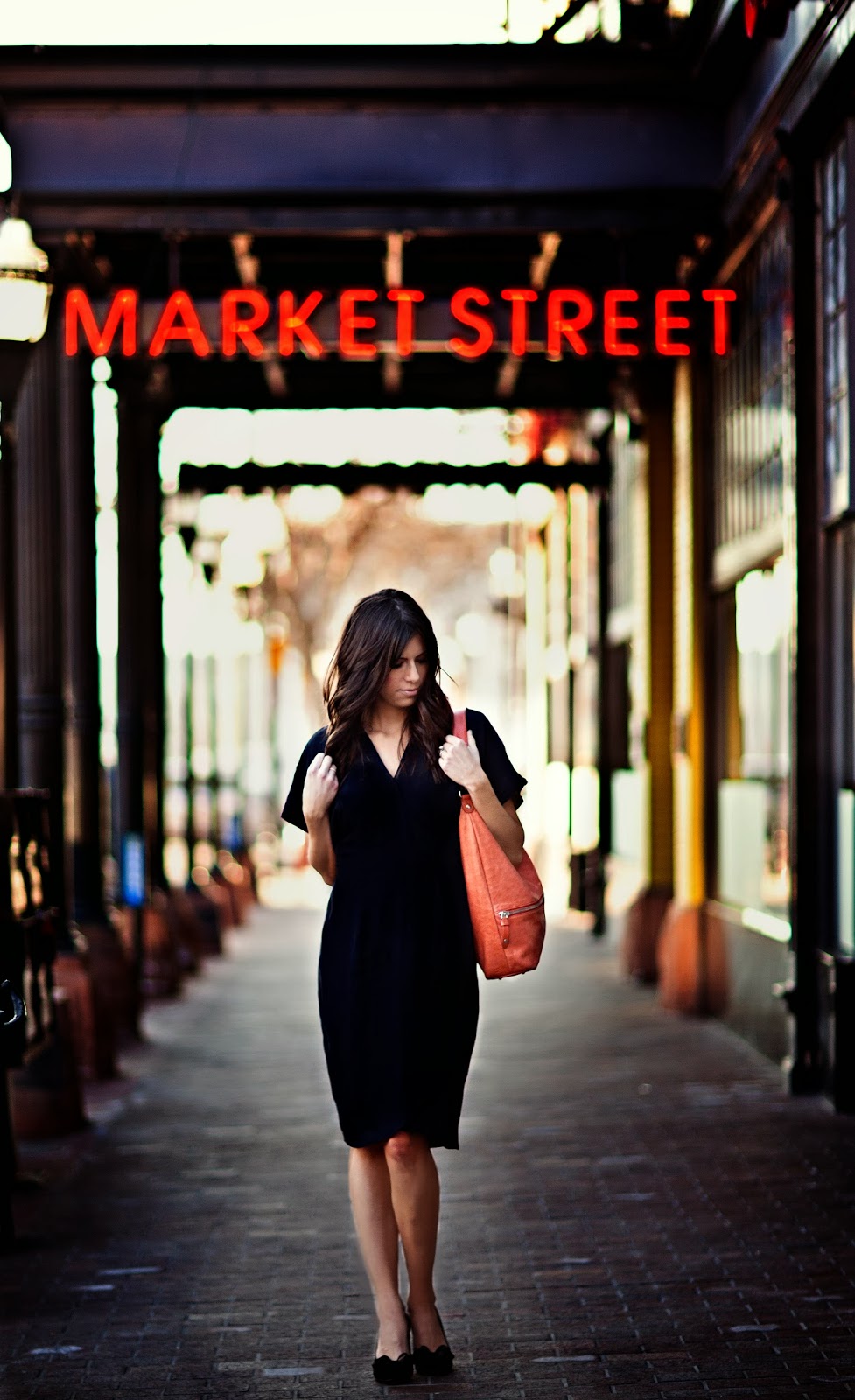 now for what i learned:

the first day of alt summit was wednesday and i actually had the privilege of attending a small get-together for all the contributors of the neighborhood which is vivint's community blog, all about green, safety and technology. we met up at the market street oyster bar and, although we exchanged conversation about what's going on with the neighborhood blog, i also had a unique opportunity that i wasn't about to pass up.

i realized that within that circle of people, i had a room full of creative people from the marketing team at vivint and a handful of seasoned bloggers – a perfect set of brains to pick about a question that has stumped me since the beginning of my blog. my blog needs a tag line but what should it say? how do i communicate to someone who's never been to my blog that it's a high-end deal site where i post about the BEST deals on the nicest things that i would want myself but either don't want to or can't afford to pay full price?

i got brave and decided to ask the creative minded people that surrounded me what they thought, even though it felt a little narcissistic at the moment. they jumped in and started brainstorming like crazy! but the coolest and most interesting idea was shared by ryan, vivint's marketing department intern, who said he got this idea from disney:

THE BEST BRAINSTORMING IDEA EVER

if you have an question you need to brainstorm with a bunch of people, write the question on a huge piece of paper (think butcher paper) and tape it up to the wall. (use painter's tape of course). then have everyone in the room write their ideas on post-it notes. no talking allowed. why? because if someone has an idea but someone else says why they think it's a bad or dumb idea, that might completely shut that person's creative process down.

um HELLO. best idea ever! thanks ryan, for sharing this with me. i can't wait to put it to use.

later that evening i had the real treat and privilege of eating at valter's osteria, for sure one of the nicest restaurant in salt lake city. we met and mingled with the lovely people from bremenn clinical who spoiled us with some of their premium skincare products. i am just beginning to test these out and can't wait to report back how they work for me. so far i'm really liking what i see! 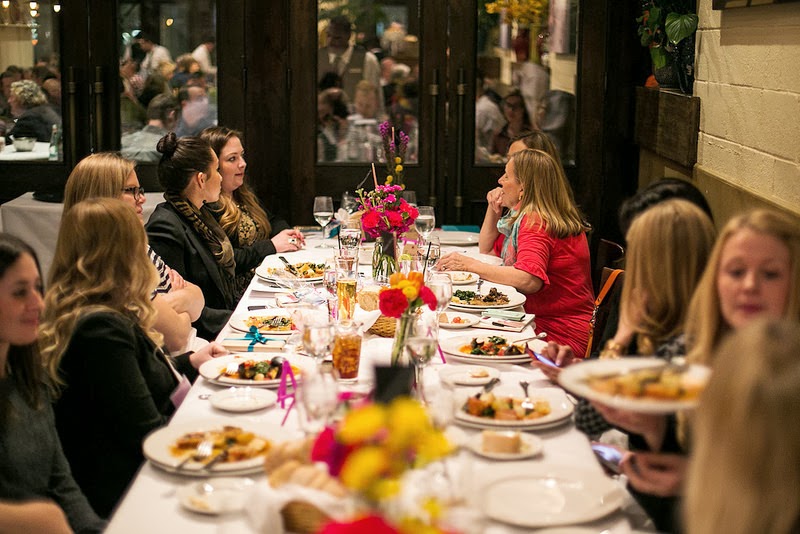 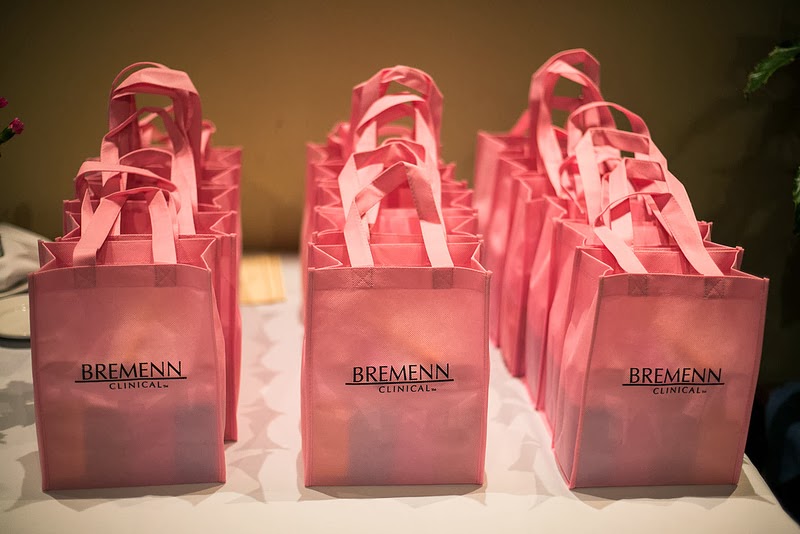 the best part of that dinner (other than the beyond delicious food) was sitting by blogger aimee of greeble monkey. aimee, you see, is a twitter genius, proven not only by her sheer knowledge but also by the fact that she has an impressive 27k twitter followers (what!). her love for twitter somehow came out in conversation and i'm telling you, it was like the universe's way of answering another question that has been driving me bonkers. in fact, i had just asked on my personal facebook earlier in the month if anyone had twitter knowledge and even offered to pay a friend to teach me how the heck to use it. it's the one social media outlet that i seriously just don't get.


aimee was kind enough to share some of her tips on engaging a twitter audience, that i furiously wrote down as she shared. to someone who's extremely twitter proficient, these might be no-brainers. but for me they were like lightening bolts of knowledge.

did you know that:
when you tweet @ someone and the tweet begins with @theirname (i.e. “@mint_arrow good to see you today!”) that the only people who see that tweet in their feed are those who follow you AND the person you tweeted at? they have to be following both of you to see that tweet. WOW – had no idea.

but if you put a . before the @ then everyone sees it. for example “.@mint_arrow thanks for posting the britax deal this morning! scored big!” — this is the type of tweet that everyone would see.

aimee has an 80/20 rule. 80% listening, 20% promoting. this means that 80% of the time you should be listening to and engaging with what other people are saying on twitter (or ANY social media platform) and 20% of the time you can promote your business or blog. she later told me this isn't her rule but a social media rule in general. i still like to think it's hers because i got it from her 🙂

another recommendation of aimee's i found helpful was focusing in the morning on business and night time on personal. it's fun to see tweets from people about their opinions, what they're up to, but good to stick to business in the morning. that's where your morning audience's mind will generally be.

tweetreach – a helpful tool that aimee told me about for businesses or blogs. if you host an event with a hashtag or even start a conversation on a topic that you want to track, use tweetreach to see just how many people you're reaching with your tweets! neat right?

lists! how did i not know this? you can make a list on twitter. HELLO. awesome. you can make lists of your real-life friends, blog friends, friends in your business's industry, celebs, whatever you want. you can also “mute” someone on twitter if you use the app tweetbot. love someone but don't have the heart to unfollow them, but also don't need to see 700 tweets from them about a twitter party you aren't interested in? mute just during their twitter party, or just a hashtag about an event or topic you're tired of hearing about. this is where the filtering spam and getting to the good stuff is finally working for me!

hopefully these tips will help someone who (like me) has been totally befuddled by the mystery that twitter is. for the longest time i have felt like the girl on mean girls who sits in the bathroom stall and eats her lunch alone on her lunch tray because i can't figure out where my friends are or how to find them on twitter! i'm already having way more fun and engaging much more effectively on twitter lately.

i can't wait to share more goodness that i gathered from attending alt summit but i also don't want this post to go on forever and ever. so come back next wednesday for part 2 of 3 in my what i wore and what i learned at alt summit series. 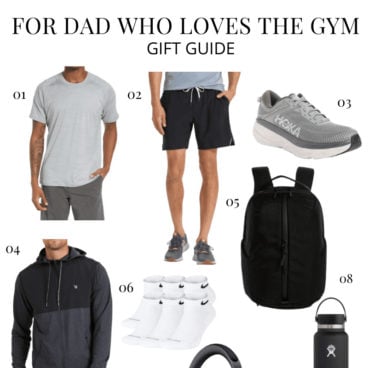 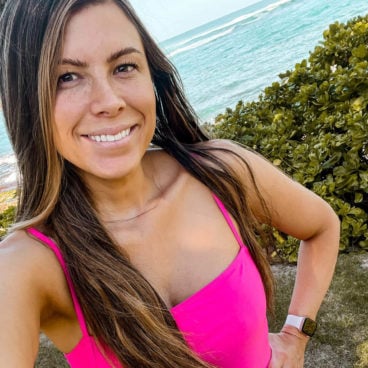 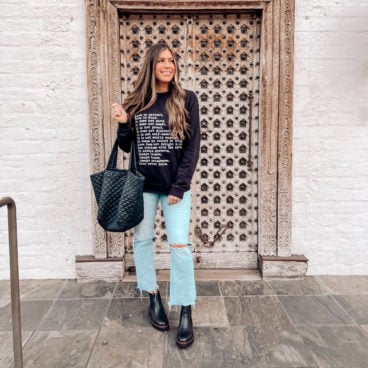